They say that truth is stranger than fiction. And that’s exactly what visitors are discovering at Pigeon Forge’s WonderWorks attraction, an interactive science museum where the real-life wonders of the natural world unfold in a unique hands-on experience. 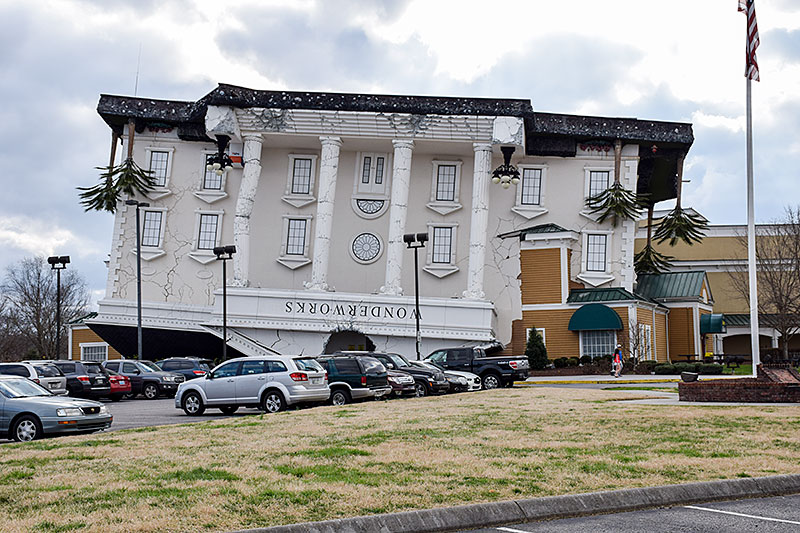 The adventure begins even before guests walk through the doors. The building’s 82-foot-tall façade is a marvel in itself, creating the illusion that the stately WonderWorks Institute has crash-landed upside-down in the heart of town. Hissing steam emanating from a crack at the museum’s entrance enhances the illusion that a disaster of staggering proportions has just taken place.

Legend has it that one experiment—an attempt to harness the power of a man-made tornado—went awry, spawning a giant swirling vortex so powerful that it sent the entire laboratory skyward, only to land hundreds of miles away in Pigeon Forge.

As you step inside the 45,000-square-foot facility, however, legend blends seamlessly into reality in the lobby, where the topsy-turvy interior of the institute looms overhead, fresh from its sky-high plummet. From there, more than 100 exhibits await exploration as you move Wonder Zone to Wonder Zone, each of which has a different theme.

In the Natural Disasters zone, for example, simulators help you experience a 5.3-magnitude earthquake, or you can go head to head with hurricane-force winds. You can create people-sized bubbles in the Physical Challenge zone as well as find out what it’s like to pitch to a Major League baseball player or throw a 50-yard touchdown pass in the NFL. 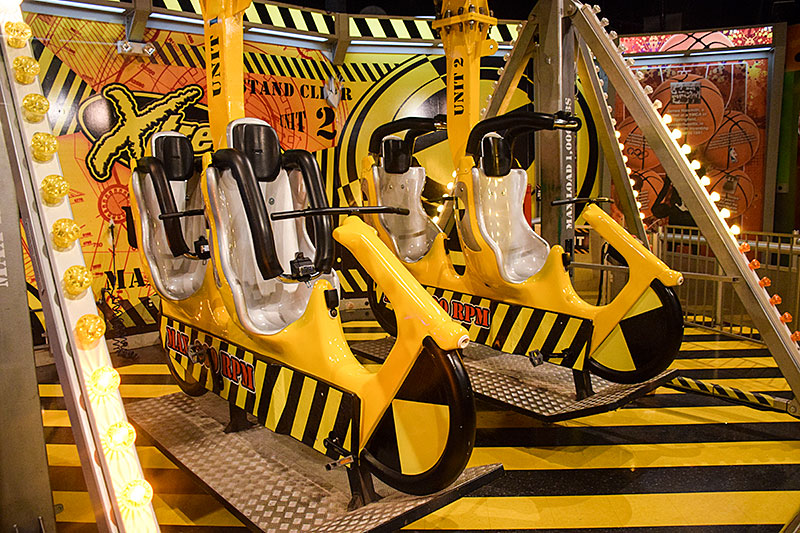 In the Space Zone, you can try your hand at landing a space shuttle orbiter or flying a fighter jet. In the Lights and Sound room, you’ll learn the science behind a variety of visual effects, and in the Illusion Gallery, you’ll discover some of the world’s most unique art pieces – which are more than meets the eye.

In the years since it first opened, WonderWorks has added several activities that require full physical participation, including an indoor ropes challenge, laser-tag arena and a glow-in-the-dark ropes challenge.

WonderWorks is also home to a live magic show called The Wonders of Magic, starring acclaimed illusionist Terry Evanswood. In fact, he’s the longest-running performer in town, selling out shows to all ages thanks to his blend of large-scale stage illusions and close-up magic, all wrapped up in one visually stunning and thoroughly captivating performance.