There's nothing like a celebrity sighting to generate a surge of adrenaline and quicken the pulse a little. That's why one attraction in Pigeon Forge has been so popular since it opened in May 2012; it's packed with celebrities from wall to wall, so that every day, visitors can gawk at some of the most recognized faces from television and the movies.

OK, there’s a catch to this; the celebrities aren’t real. But they are incredibly lifelike, because they’re artfully crafted wax figurines, bearing the likenesses of celebrities from the small and big screens alike. At the Hollywood Wax Museum, famous faces are the name of the game, and for many visitors to the Smokies, it’s the next best thing to cozying up to an A-lister.

Located on Showplace Blvd. in Pigeon Forge, this unique attraction is the only wax museum in the country devoted entirely to celebrity figures. The two-story facility re-creates the likenesses of these celebrities so closely, you might actually swear they were alive. The fun part is that much of the tour is interactive, so that you’re not just looking at the celebrity figures, you can pose for photos with them. And how often do you get a chance to take a selfie with Clint Eastwood?

Current exhibits include wax replicas of stars like Bradley Cooper, Anne Hathaway, Natalie Portman and Brad Pitt – some of today’s biggest star attractions – rubbing elbows in the same room with classic entertainers like Elvis Presley, Marilyn Monroe, Charlie Chaplin and John Wayne. The entire building is a tribute to the U.S. film industry and the artists who have become a part of American culture.

In addition to being able to pose with the wax figures of stars like Robert Downey, Jr., Julia Roberts, Johnny Cash and Johnny Depp, you can learn a lot about the celebrities themselves, from their pets to their pet peeves. The Hollywood Wax Museum in Pigeon Forge also offers a unique shopping opportunity at its Studio Store, where you’ll find an extensive collection of celebrity souvenirs and memorabilia. 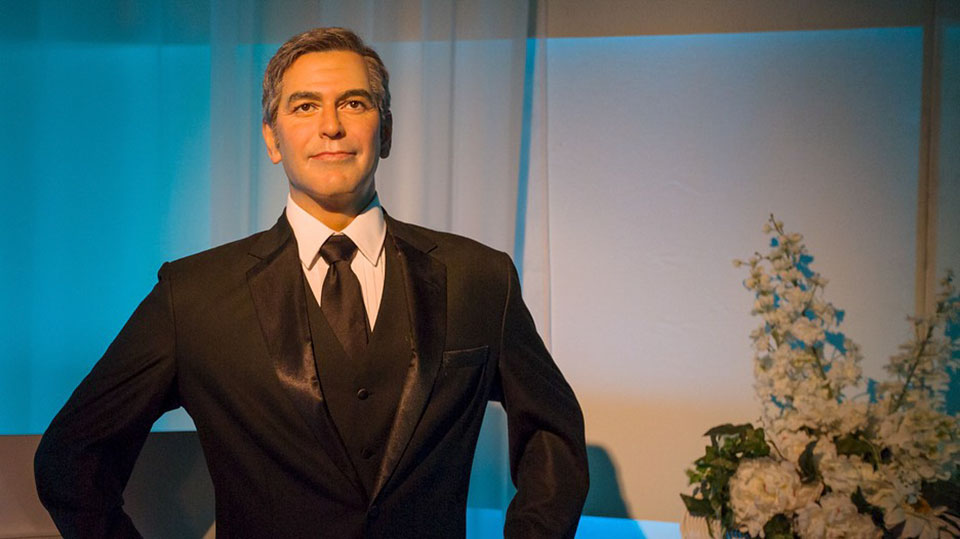 The original Hollywood Wax Museum opened on Hollywood Boulevard more than 40 years ago, the brainchild of entrepreneur Spoony Singh, as a way to bring people closer to their favorite stars. Four decades later, the company is still doing just that, with locations all over the country, including Pigeon Forge, Myrtle Beach and Branson.

The museum isn’t hard to find, by the way. If you’re driving down the Parkway in Pigeon Forge, you’ll find it at the intersection of Showplace Blvd. And if that doesn’t do the trick, just look for the giant King Kong clinging to a skyscraper outside this Pigeon Forge attraction.