Most of us probably grew up hearing our parents tell us to cut out the horseplay. Well, at one Pigeon Forge theater, horseplay is not only tolerated, it's highly encouraged. At Dolly Parton's Stampede Dinner Attraction, horses are the stars of the show, and even if you've seen this big-budget production before, it never fails to entertain or fascinate.

Inside the Stampede's 32,000-square-foot arena, audiences are seated on either the north or south side of the venue, and that sets the stage for a friendly Civil-War-themed rivalry between the blue and gray. From the servers' respectively themed outfits to the cast's division into north and south teams, the entire show is structured around civil but fun competition. 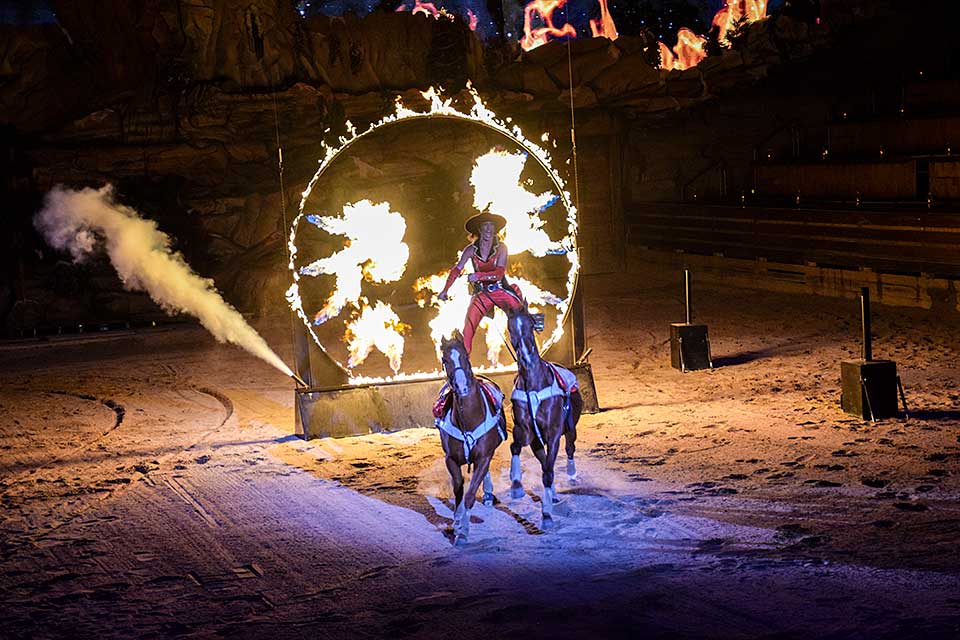 Most of that competition plays out in the form of equine events, like barrel races and buckboard wagon races, but there are also battles that audience members are invited to get in on. One of those events allows everyone in the arena to participate by passing their team's respective flag from one end of the seating row to the other.

The show isn't strictly about competition, however. There are breathtaking displays of horsemanship and stunt riding (How about watching a horse and rider vault through a giant ring of fire?) as well as musical dance numbers, comedy routines, dazzling costumes and even a stampede of American buffalo.

At the end of each show, one side is declared the winner of the competition (based on the results of all the evening's events), but despite the final outcome, both north and south always come together at the end in a patriotic, red-white-and-blue finale that celebrates all that's great about our nation. 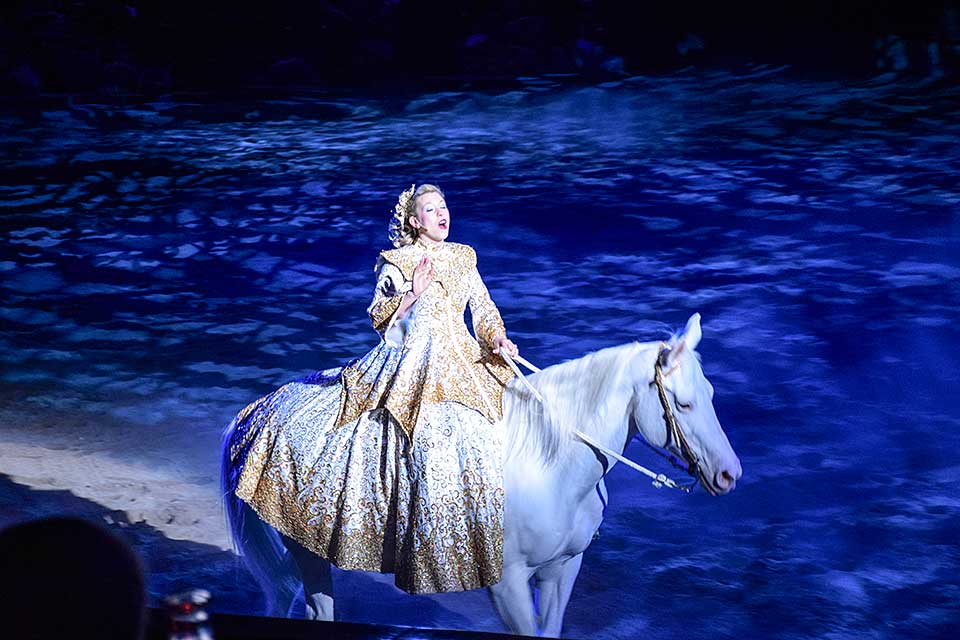 And don't forget that Dolly Parton's Stampede bills itself as "the most fun place to eat in the Smokies." That's because of this dinner attraction's legendary meal, which, in some respects, is about as impressive as the show itself. Guests enjoy a four-course feast that features a whole rotisserie chicken, hickory-smoked barbecue pork loin, creamy vegetable soup, a homemade biscuit, corn on the cob, herb-roasted potatoes, a dessert and unlimited Coke, tea or coffee.

If you've never been there before, however, be forewarned that there are no dinner utensils used at Dolly Parton's Stampede; everything is eaten by hand, including the chicken. But don't worry; they'll provide plenty of napkins and wet wipes at the end of the evening.

You might also want to know that the experience starts before the main show even begins. Guests are first corralled in the venue's no-alcohol saloon for pre-show snacks and beverages as well as a live bluegrass show by the house band Mountain Ruckus. From there, audiences are welcomed into the main arena, where it's time to settle in for a stampede of entertainment!