One of the South’s most popular theme park destinations sits empty from January through most of March. But during the remaining nine months of the year, Dollywood is one of the busiest tourist stops in the entire region. With some 150 acres of rides, shows, attractions and eateries, not to mention an entire separate water park that’s open between Memorial Day and Labor Day, there’s certainly a lot to draw fun seekers of all ages to Pigeon Forge, Tennessee.

In addition to Dollywood’s permanent lineup of offerings, the theme park also schedules several different seasonal festivals throughout the year, each of which corresponds thematically with the time of year in which it is held. These festivals complement and enhance Dollywood’s Southern-themed experience to create unique and ever-changing new levels of family fun.

Here’s an overview of what you’ll find during the typical Dollywood season:

This annual festival coincides with the park’s opening each spring, usually in mid to late March. Running through mid April, Festival of Nations is an internationally themed celebration that features the music, dance, food and art forms of nations from across the globe. Performing acts in the past have hailed from areas like Argentina, Trinidad, Mexico, Ecuador and Germany. Guests have access to merchandise and food items in the streets of the park, and all the performers gather at the end of the day for a Parade of Nations.

Typically running for two weeks in late May, this annual event welcomes some of the biggest names in bluegrass music to the many stages and venues of Dollywood. The concerts are free with paid park admission and are presented throughout the day. In addition to the music, guests can enjoy some authentic Southern barbecue, served up at multiple sites in the park.

Summer is always a great time of year, and Dollywood makes it even greater with its annual red, white and blue celebration of summertime in America, which takes place mid June through early August. Extended park hours help guests enjoy more daylight time doing all their favorite activities, and each day ends with a nightly fireworks extravaganza called Dolly’s Night of Many Colors. Special shows in the past have included the Daytime Dance and Light up the Night dance parties and the Gazillion Bubbles Show.

Southern gospel music takes center stage at Dollywood throughout October as some of the nation’s top gospel acts come to the park for a month of free concerts at multiple venues. Meanwhile, Dollywood’s resident community of crafts people is joined by guest crafters from across the country, showing off their products and their skills in demonstrations of crafts like pottery, basket weaving, broom making and wood working, to mention a few.

Dollywood wraps up each season with a full-blown celebration of Christmas and winter in the Smokies. From early November through the end of the year, the park hosts live Christmas-themed stage shows, kids’ attractions like Santa’s Workshop, the Polar Express Experience and holiday foods, all set against the backdrop of millions of festive, colorful light displays throughout the entire park. Each night ends with a Christmas parade through the streets of Dollywood, complete with costumed characters and brilliantly lit floats and vehicles. 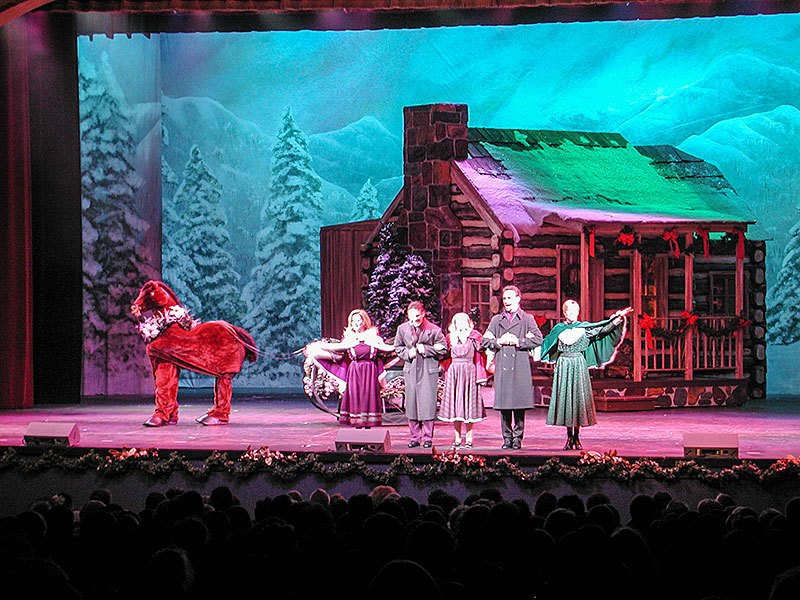