Driving into Pigeon Forge, your eyes can’t help but be drawn to the horizon. Almost like a nautical mirage, the majestic facade of an ocean liner, complete with towering smokestacks, seems to actually plow its way through the sea, despite the fact that it rests firmly on dry land. 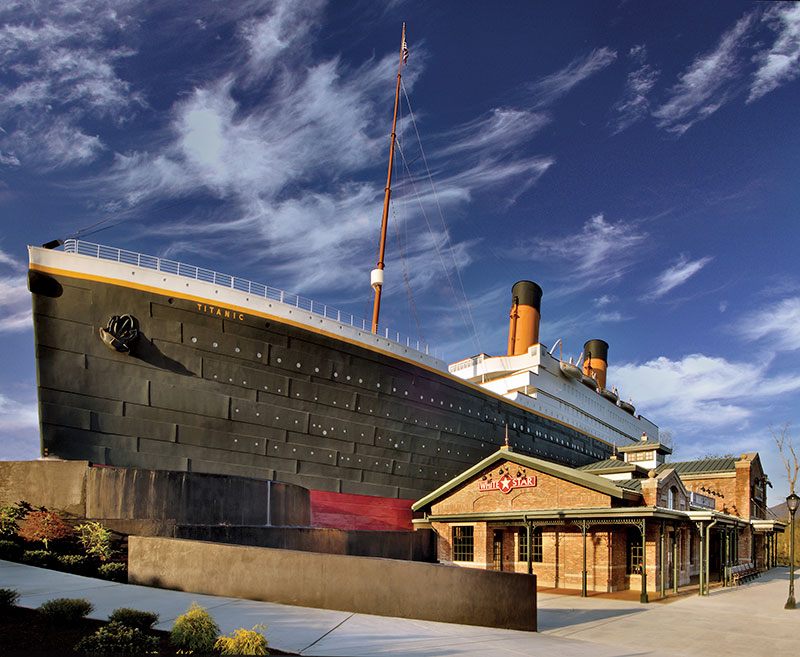 But this is no phantom apparition. It’s the popular Titanic Museum Attraction Pigeon Forge, a $25 million tribute to the legendary luxury liner and all those who set out on the ship’s ill-fated maiden voyage in 1912. The half-scale structure that looms over Pigeon Forge’s Parkway is a celebration of the ship, her passengers and her crew. More than 2,200 people were aboard Titanic, and the attraction pays respect to those who gave their lives by telling their stories.

The stories of those people, as well as the story of the ship itself, are conveyed through the museum’s self-guided tour, which features a series of galleries, each dedicated to bringing a different facet of Titanic history to life – through photos and real-life artifacts, large-scale special effects, hands-on activities, re-creations, models and much more. Along the way, dramatic music and sound effects underscore the visuals, enhancing the impact of each element.

Even as guests enter the ticketing area—architecturally styled as a debarkation point for White Star Line ships—they are greeted by crew members wearing the uniforms of first-class maids and ships’ officers. At the beginning of the tour, each guest receives a boarding pass that tells the personal story of an actual Titanic passenger or crew member. At the end of the museum experience, the fate of that person is revealed in the Memorial Gallery.

Among the dozens of exhibits in the 30,000-square-foot museum are full-scale replicas of several ship’s areas, including third- and first-class accommodations, the dining salon and the bridge, complete with a view out over iceberg-filled seas. The exhibits showcase more than 400 actual Titanic artifacts, including life jackets, ship’s debris and personal belongings. 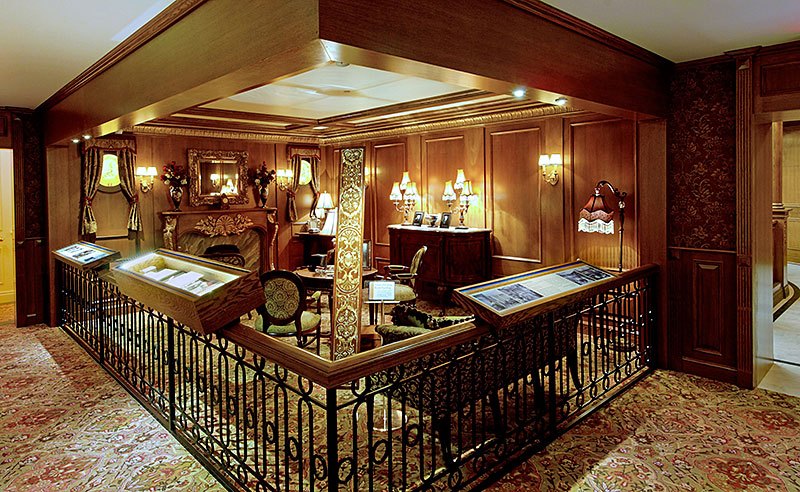 One of the first galleries encountered displays scale and cutaway models of Titanic and several of its prominent areas and features, while the Birth of an Idea Gallery tells the story behind the design and construction of Titanic. You can watch Titanic head out to sea from the window of Grape’s Pub, while your kids help shovel coal into a ship’s furnace.

One particularly rare artifact on display is the master key for Titanic’s first-class E deck, which was in the possession of cabin steward Edmund Stone. The key, which is being leased from Titanic memorabilia collector Stanley Lehrer, is valued at upwards of $150,000.

The centerpiece of the museum is the million-dollar replica of Titanic’s Grand Staircase, which allows access between the attraction’s two main levels. That spot is also utilized from time to time as a backdrop for actual wedding ceremonies for couples tying the knot in the Smokies.